How Should You View The HDB PLH Model: A Singaporean Perspective 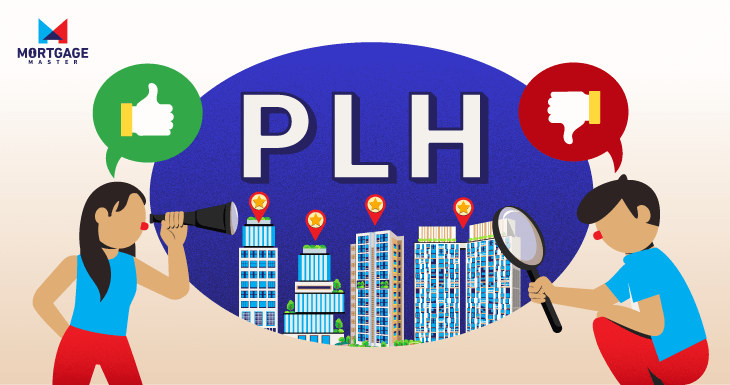 With plans to develop prime areas like the Greater Southern Waterfront (GSW), there is an urgent need to come up with a new modus operandi for public housing to continue ensuring that public housing in Singapore remains affordable. As such, Ministry of National Development (MND) recently announced a new housing model known as the Prime Location Public Housing (PLH) model.

This HDB PLH model will apply to new public housing built in prime, central locations like the city centre and GSW. Here are some thoughts we have about the HDB PLH model after it was announced in October.

Check out what you need to know about HDB PLH model in our primer guide here.

Buying a home can be an expensive affair. This is true even for a country with affordable public housing like Singapore. The reality is that, even the most affordable of Singapore’s public housing will still cost you a 6 digit figure.

Plus, Singapore’s current public housing pricing model is built on a cost-plus model. This model takes into account land and construction costs.

Another reason for the high cost of housing in Singapore is because the construction cost of building in an established mature estate is more costly than in a non-mature estate like Tengah.

As such, the introduction of the PLH model to HDB housing is a much welcomed move. With HDB PLH, prime area housing can now enjoy subsidised prices, similar to other HDB BTO launches.

These subsidised prices are on top of what is offered under CPF housing grants (e.g. Enhanced Housing Grant, Proximity Housing Grant and Family Grant), which can make these prime area housing even more affordable.

2. City Living Without The Financial Burden

In the most recent BTO exercise in November 2021, the first BTO under the HDB PLH model was launched. River Peaks I and II located right beside Jalan Besar MRT station boasts a really prime locality. And the price is reasonable too. 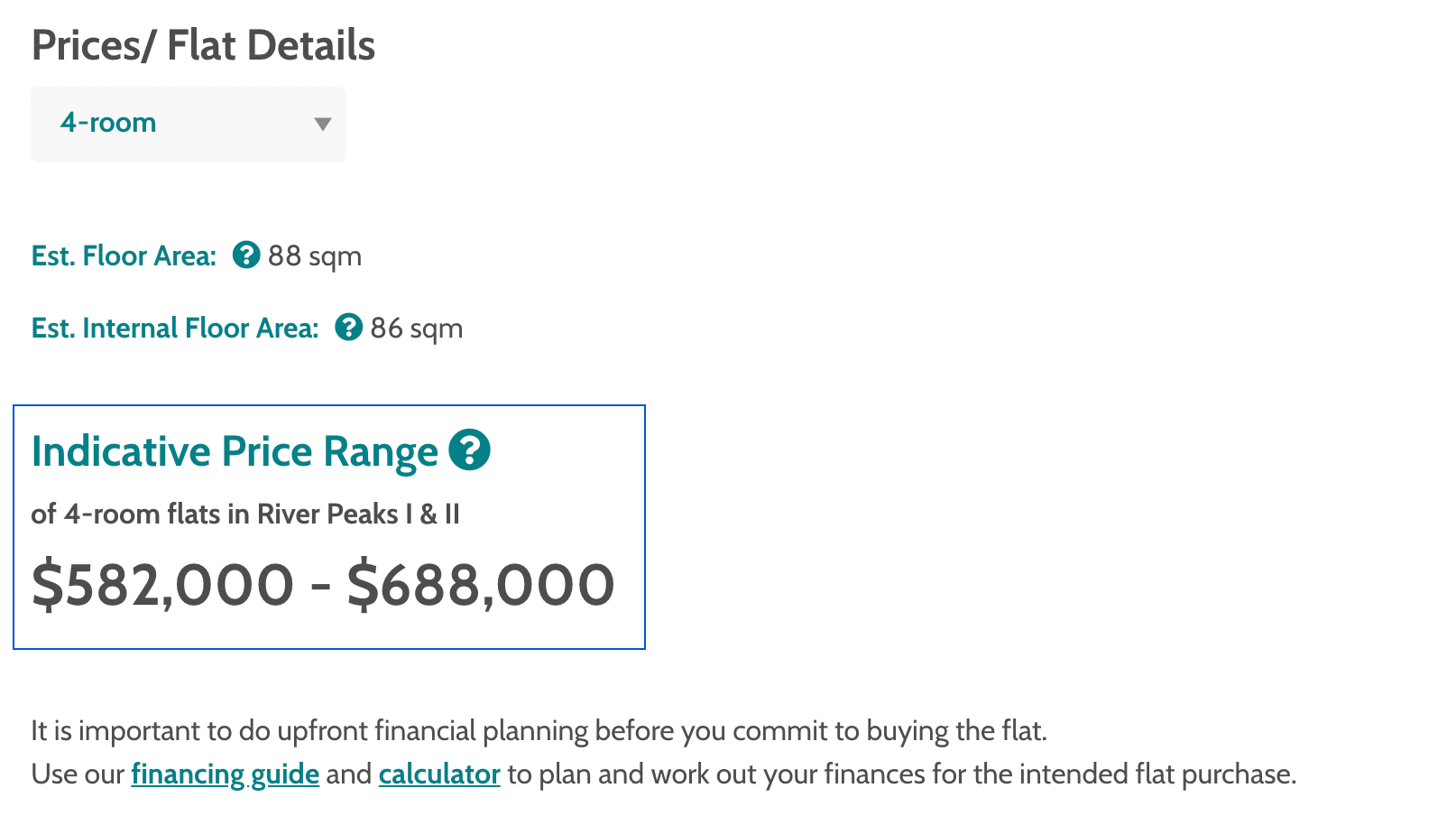 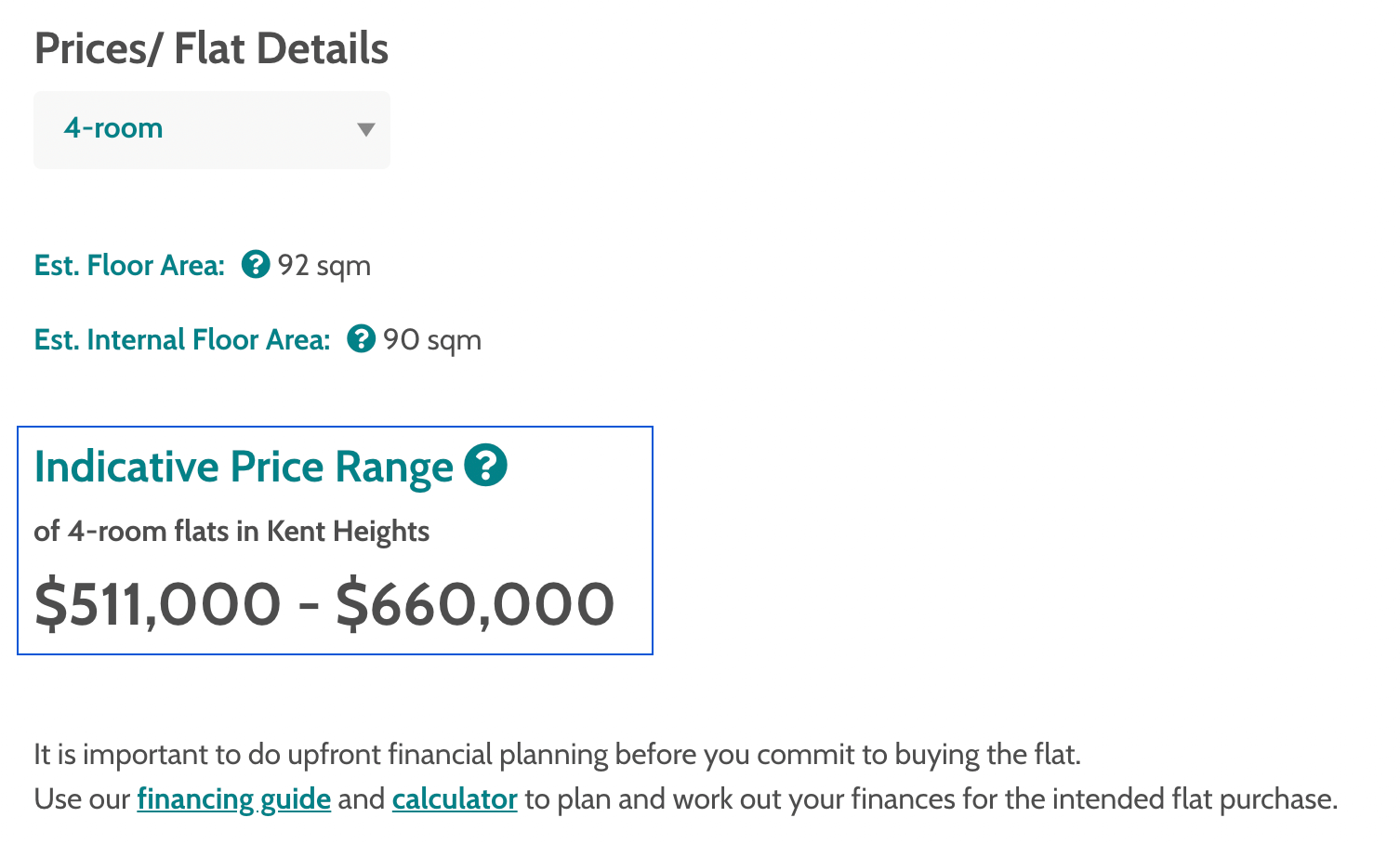 Comparing the indicative price range of River Peaks and Kent Heights (Kallang), there’s not much difference on the upper range. However, on the lower range, Kent Heights starts at $511,000, which is ~13% lower than River Peaks. But in terms of location, Kent Heights is 1.5km further from Bugis than River Peaks. If you are considering paying that price tag for a BTO in a mature estate, then why not top up just a bit more for a BTO unit in the Central area?

Here’s another perspective to consider: The comparable method. To own a property in Bugis with a fresh 99-year lease, you would probably need to invest in a condo. The latest launch in Bugis is the Midtown Bay and Midtown Modern development by GuocoLand at Guoco Midtown. Price tag for that? $3,000 per square foot (psf) onwards.

For River Peaks I and II, you are only paying $710 psf at the top of the indicative price range. Not to forget, there’s no monthly maintenance fee too.

We are part of the HDB-is-for-staying-not-investment camp. But even then, we can’t help but notice the great price appreciation potential of HDBs in the Central area.

Based on the recent transacted price alone, River Peaks I and II are sitting on a potential $100k price appreciation. And that’s for resale flats that have a significantly shorter lease. Now, how much would an HDB unit with an 89-year lease be able to sell for? The million dollar mark doesn’t seem to be far off. That’s a whopping $300k price appreciation from the top range of the indicative price of River Peaks I and II.

Since prime areas like the Central Area comprises of lots of private housing, the government has observed that a potential social problem is emerging, i.e. Singapore's prime area resembles a gathering of well-to-do families. Children of these families end up mixing only with friends of similar backgrounds, unlike in other areas where there is a more diverse mix of families of different backgrounda.

For some, housing is a key aspiration that drives many Singaporeans to work hard towards the Singaporean dream. For years, this has been the narrative that we grew up with: If you are willing to work hard, you will be able to succeed economically. Your success is determined by your ownership of the 5Cs: Car, Condo, Credit Card, Cash and Country Club membership.

But over the years, as housing became more and more expensive, the Singaporean dream of owning a condo became more distant. Owning a condo in the prime Central Area seemed more unattainable than ever.

Now, with the HDB PLH model, some Singaporeans can get their shot at living in the Central Area. It is a clear signal from the government that Singapore's escalator of social mobility, a term coined by DPM Tharman, is very much alive. Even if you are currently living in the Outside Core Region (OCR), one day you will get your chance to live in the pricier Rest of Central Region (RCR) or even Core Central Region (CCR) if you work hard.

The Singapore government has always had a distaste for property flipping, especially for public housing. To discourage flipping of HDBs, all HDBs have a Minimum Occupation Period (MOP) of 5 years. This means that you need to stay in your home for at least 5 years before you can sell, rent out your whole unit, or even upgrade to condo.

This need to discourage flipping is even more pertinent for HDBs in Central Area because of its ideal location. As such, every BTO under the HDB PLH model comes with a 10-year MOP.

For those interested in bidding for a BTO under the PLH model, this is a huge caveat to consider. Let’s not forget that all BTOs will take 3 to 5 years to build. This means that from the moment you sign on the dot to commit to a BTO under the HDB PLH model, you are tied to your home for the next 13 years at least.

13 years is a really long time and lots of things can change in the span of 13 years. What happens if life hits you with a curveball which you didn’t expect? Think about it, if you BTO at age 27, you will be in your 40s by the time you can sell your property.

One of the reasons why property is a well-loved asset among Singaporeans is because of its yield generating characteristic. You can earn monthly rental income from the property. This helps to generate positive cashflow for you every month if your rental income is more than your cost of financing.

To be fair, this restriction is in place to ensure fairness. It isn’t fair when rental from HDBs in the Central Area can fetch much higher rates than other HDBs. It is also a measure to reduce the profiteering opportunity on public housing. That said, it could make applying for HDBs in Central Area much less attractive for some.

Some may try to outsmart the regulation and “pretend” to stay in one of the rooms by not renting out all the rooms. It is unfortunately not an uncommon practice, but the risk outweighs the reward as your HDB can be stripped from you.

3. Smaller Target Market & Subsidy Recovery When You Are Selling Your Property

While not everyone will be selling their HDB to upgrade to a condo, you may eventually want to be part of this group. At that point, you need to contend with the reality of having a smaller target market for your property. That’s because only a certain group of homebuyers can buy the property from you on the resale market.

Under the additional PLH restrictions, the buyer of your resale flat needs to meet the existing BTO eligibility requirements. Currently that means the buyer needs to:

In the government’s words, this group of buyers is a “circumscribed group”. This can also be interpreted that this is going to be a smaller target group than what you will typically find on the resale market. After all, singles and non-Singaporean couples will not be eligible.

Besides eligibility, there’s also the concern of subsidy recovery that will be lingering in your mind. Due to the extra subsidies to make the BTOs under HDB PLH model affordable, the first resale transaction will be subjected to a subsidy clawback.

It was recently announced that the clawback for River Peaks I and II will be 6% of the selling price or existing valuation, whichever is higher. Assuming the HDB appreciates to hit the million dollar price tag, 6% will equate to $60,000. While the amount of additional subsidy is not disclosed by HDB, $60,000 is a good indication of the amount of additional subsidy that you are enjoying.

With new regulations, there is always a period of calibration to find the optimal point between restrictions and ensuring fairness. For now, a wait-and-see approach seems to be the best course of action, unless you are in a hurry for a home.

Are the restrictions too strict? Or are they too lenient? What do you think can be improved about the model? Let us know your thoughts about the HDB PLH model in the comment section below.