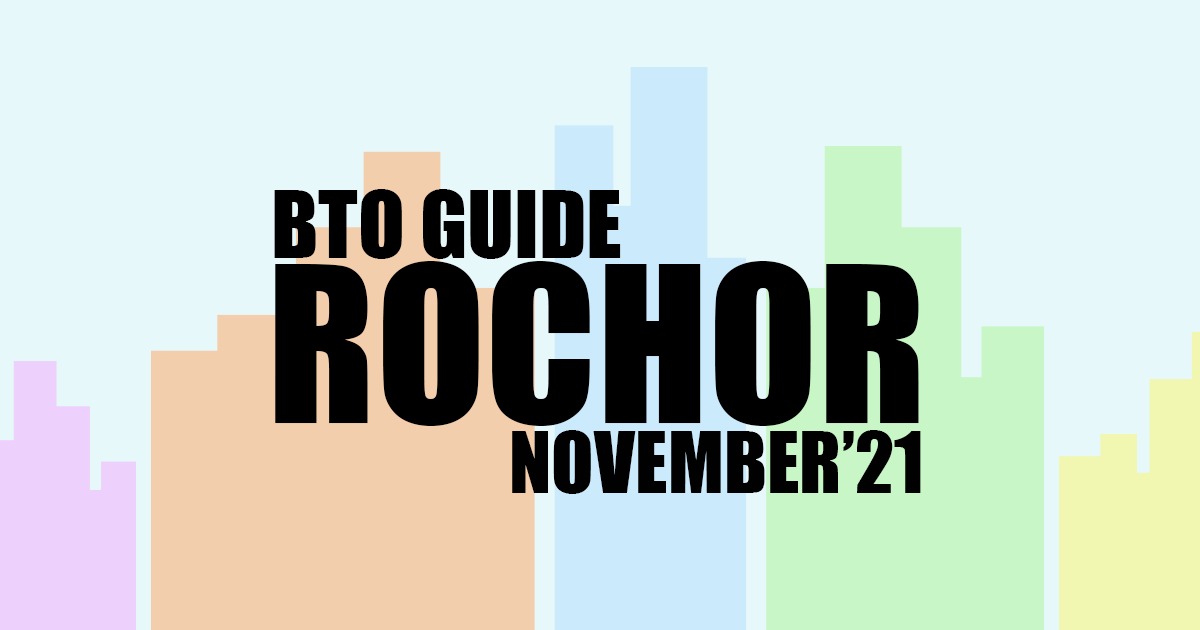 Rochor Nov’21
Units Available
Prices
Transport
Street & Amenities
Education
How much can you earn if you sell this BTO? 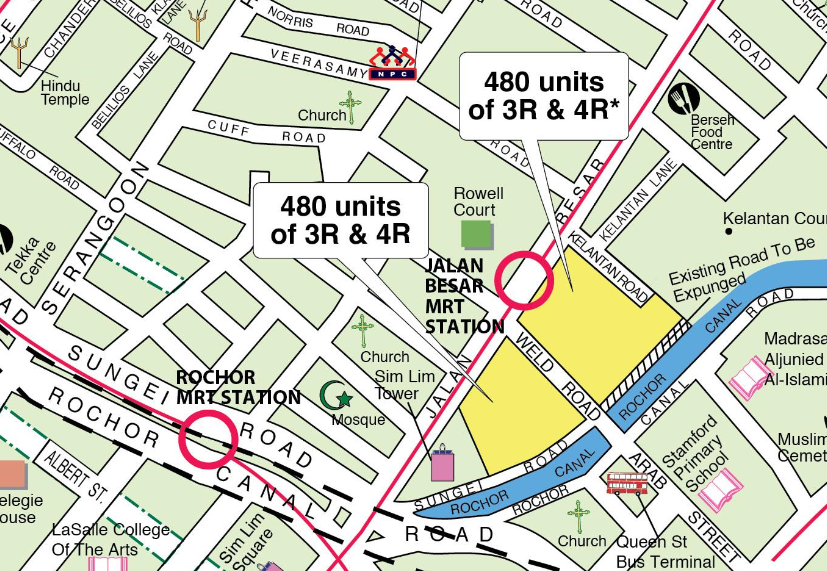 Holy crap. What a bombshell of a news.

In the future, we’re gonna be looking back on this day in hindsight because it’s THAT memorable, so let me just write some notable events that happened today (27/10/2021) as an anecdotal record.

We’ll be covering that in a separate article, because this is a BTO guide after all.

Nevertheless, homebuyers of this BTO are going in the history books.

And I don’t wanna gas it up too much, but sheeeeeeeeesh fam, this Rochor BTO is like Sana from Twice, cause it’s a bias wrecker for me.

What I think it’ll be called: Central Heights, Central Ridges

Since you can’t choose which lot to apply for (and the fact that they’re literally right next to one another), it’s essentially a sale for 960 units of 3 & 4-rm. 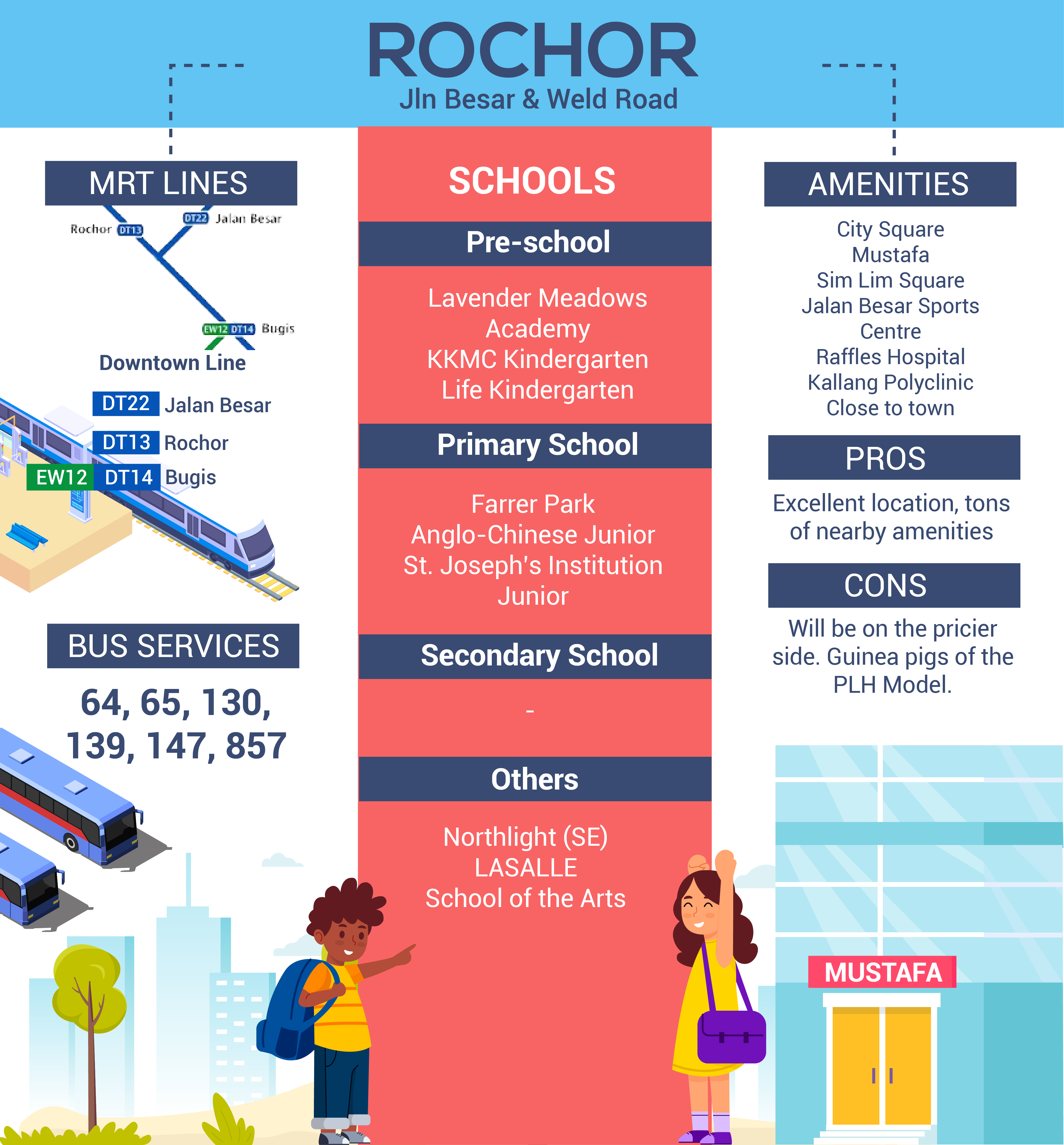 Both Jalan Besar and Rochor MRT stations are within walking distance from this BTO. Honestly, that’s an overstatement for Jalan Besar MRT. It’s so near that it’ll literally be below the blocks. You just need to jalan sedikit to jalan besar.

Additionally, Bugis MRT is about a 10 mins walk away. Compared to the long ass connector from blue line to green line @ bugis (for those who know), it’s not much more of an inconvenience.

For those with vehicles, you’ll be close to the CTE.

This BTO will be along Jalan Besar & Weld road.

Just take note that Jalan Besar will be pretty bustling at all times, more so on the weekends, and especially at 2-3am when clubs reopen because everyone will be reaching/leaving Swee Choon.

Like Kallang, I believe the most valuable amenity is it’s centrality.

The location of this BTO opens up homeowners to alot of things. If you’re a foodie, your weekends are booked for life with the ludicrous number of cafes that are in this area. Not only are there food options along Jln Besar (that stretches all the way to Bendemeer btw), but Haji lane will also be on the other side.

Honestly, if there wasn’t this BTO, I think TSL or SethLui might have opened an office here.

For your shopping needs, City Square and Mustafa Centre will be the closest. This BTO will also probably be the only one that has close access to electronics shopping, with Sim Lim Square just being adjacent to these blocks.

On top of that, the cluster of malls at Orchard/Dhoby/Bugis are also less than 10 mins away.

For your workouts, there is Jalan Besar Sports Centre nearby. Alternatively, Rochor Canal is at the backdrop of this BTO, so it’s an option for the wives to drag their hubbies out for a late night stroll.

Healthwise, the closest hospital will be Raffles Hospital, although Tan Tock Seng and KK Women’s & Children’s Hospital are relatively close by as well.

Although, you might wanna hold your applause if you're impressed by the number of healthcare facilities nearby, if not how else can you show your appreciation for our frontliners?

If you love children as much as Prive’s ex-CEO, you might be glad to know that although schools nearby (mentioned in the infographic) pack a punch, they’re not exactly in the vicinity of this BTO.

Side note; I didn't include Stamford Primary in the infographic because it's set to merge with Farrer Park Primary in 2023

There is, however, an upcoming school nearby.

At the time of writing, we don’t know what kind of school this will turn out to be

Here’s what I think the BTO lifespan for the Rochor BTO will look like. 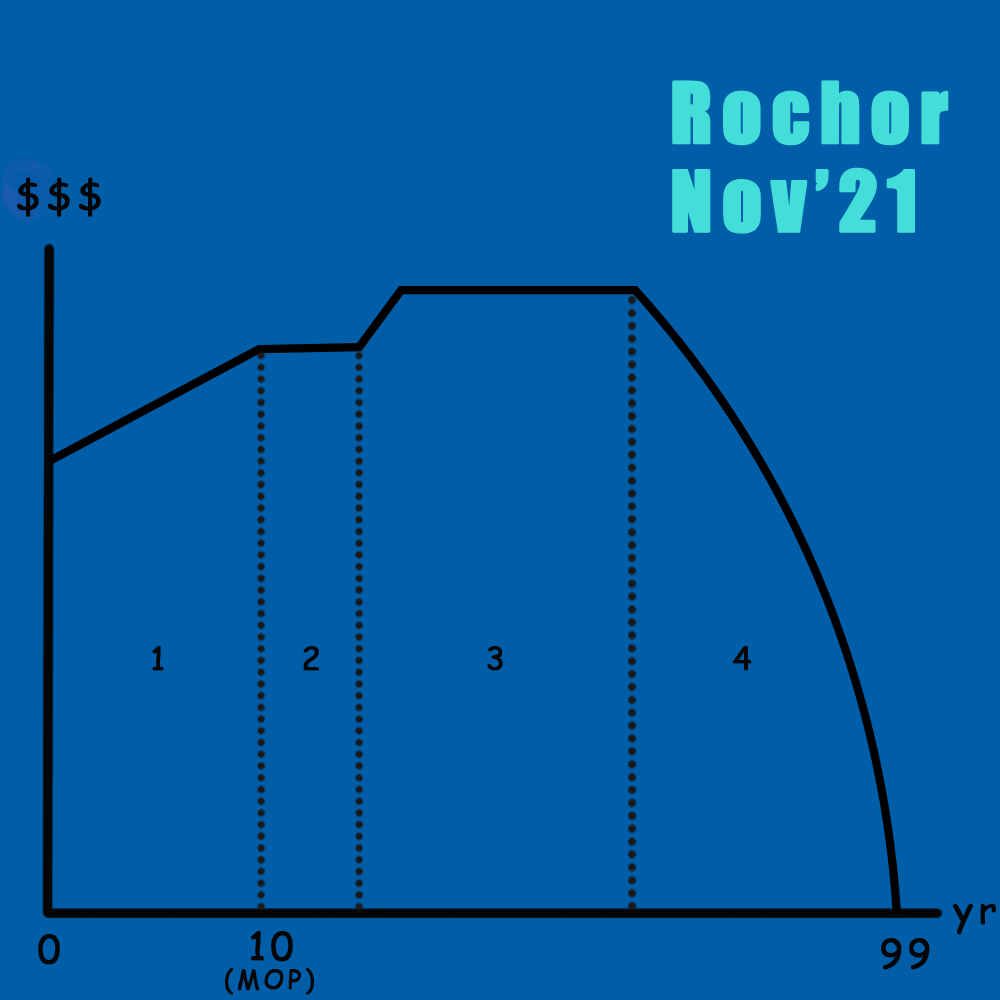 The first rise in #1 is common in all BTOs. Since it’s subsidized public housing, it starts below market price, and slowly gravitates towards the market value after 10 years, the period in which you can sell it.

This rise is a given. Rochor is a mature estate with really dope accessibility and features.

Because I don't think the PLH will be effective.

So, here’s the thing. We all know that HDB’s intention for introducing the PHL model was to discourage BTOs having the lottery effect and to dampen resale prices increases.

Here’s the thought process of everyone bidding for BTOs.

Step 1: Bid for BTO to get a house
Step 2: Eh bby, u think if we sell this house can get profit?

All the PHL is supposed to rectify …. is step 2. It only prevents that bonus profit, but people WILL STILL NEED HOUSES. And a unit in this Rochor BTO is still a damn good house in a mature estate, all things considered. It's just that now, the entire timeline gets postponed by 5 years.

Sure, there may be a lagged period that people are abit iffy and aimai aimai?, which is why #2 is stagnant for a few years.

But until the G places a legal and lawful ceiling to resale prices, my personal opinion is that it ultimately won’t dampen resale prices significantly, and I think prices will continue to increase even after all these restrictions, hence the rise in area #3.

I’d love to be proven wrong of course.

Tl;dr - Probably the superstar in this BTO launch. Despite the imposed restrictions, the core purpose of people wanting to bid for a BTO is to get a house. Despite the speculated high prices, it won't stop people from trying their hands on grabbing an S-tier calibre BTO. I expect couples who are earning quite a bit of money to be bidding on this BTO, because it won't be easy to afford the downpayment.