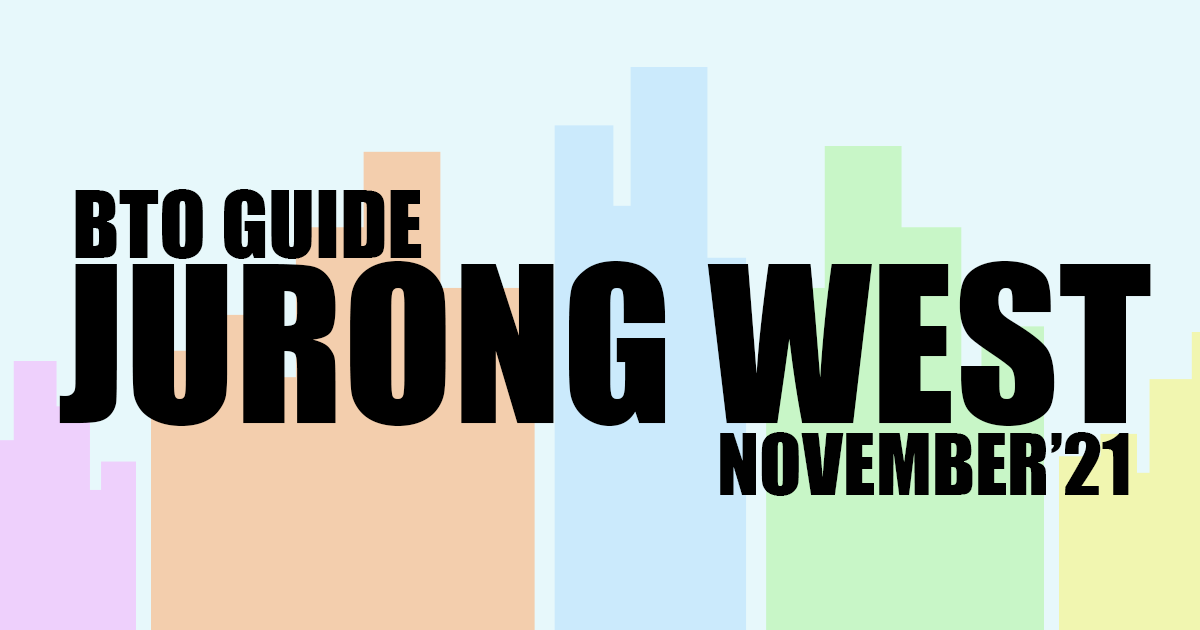 Jurong West Nov’21
Units Available
Prices
Transport
Street & Amenities
Education
How much can you earn if you sell this BTO? 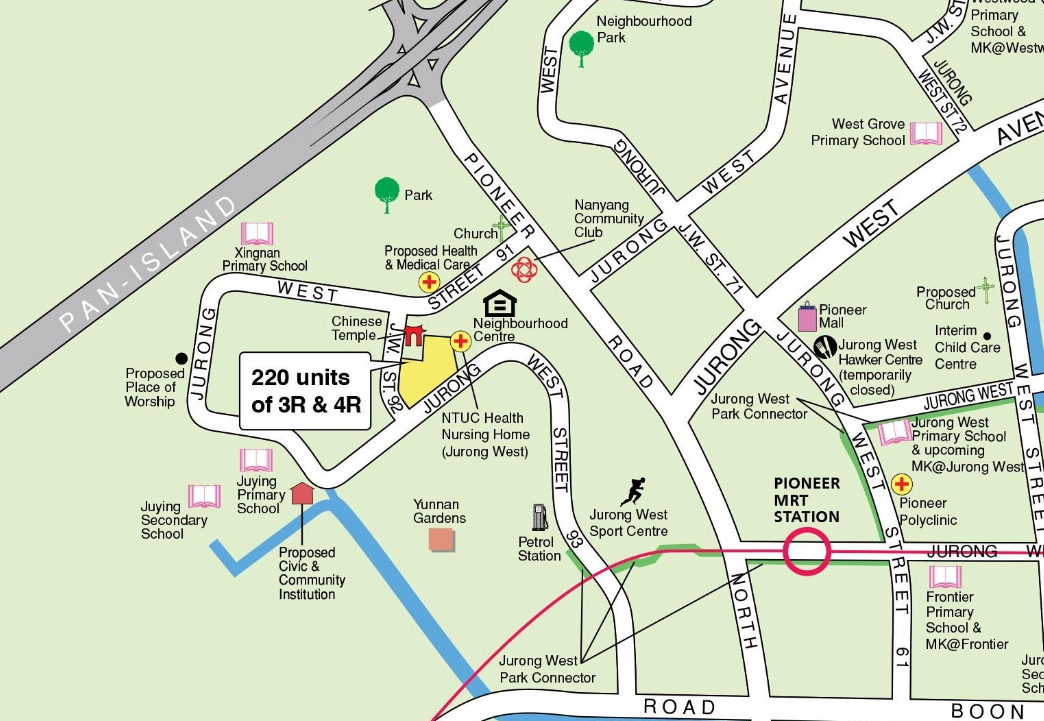 If the everlong debate of Westies vs Easties ever manifested into a physical fight, I'd expect people in this BTO to be the ones leading the West because this is quite literally at the end of Singapore. I'd honestly don't think you can get any more West than this BTO.

Although the town has already been developed for a significant amount of time, HDB still considers Jurong West a non-mature estate, which is a bit ironic as it's already so saturated with facilities that I'll doubt will ever be cleared, as you'll come to find out in this BTO guide. 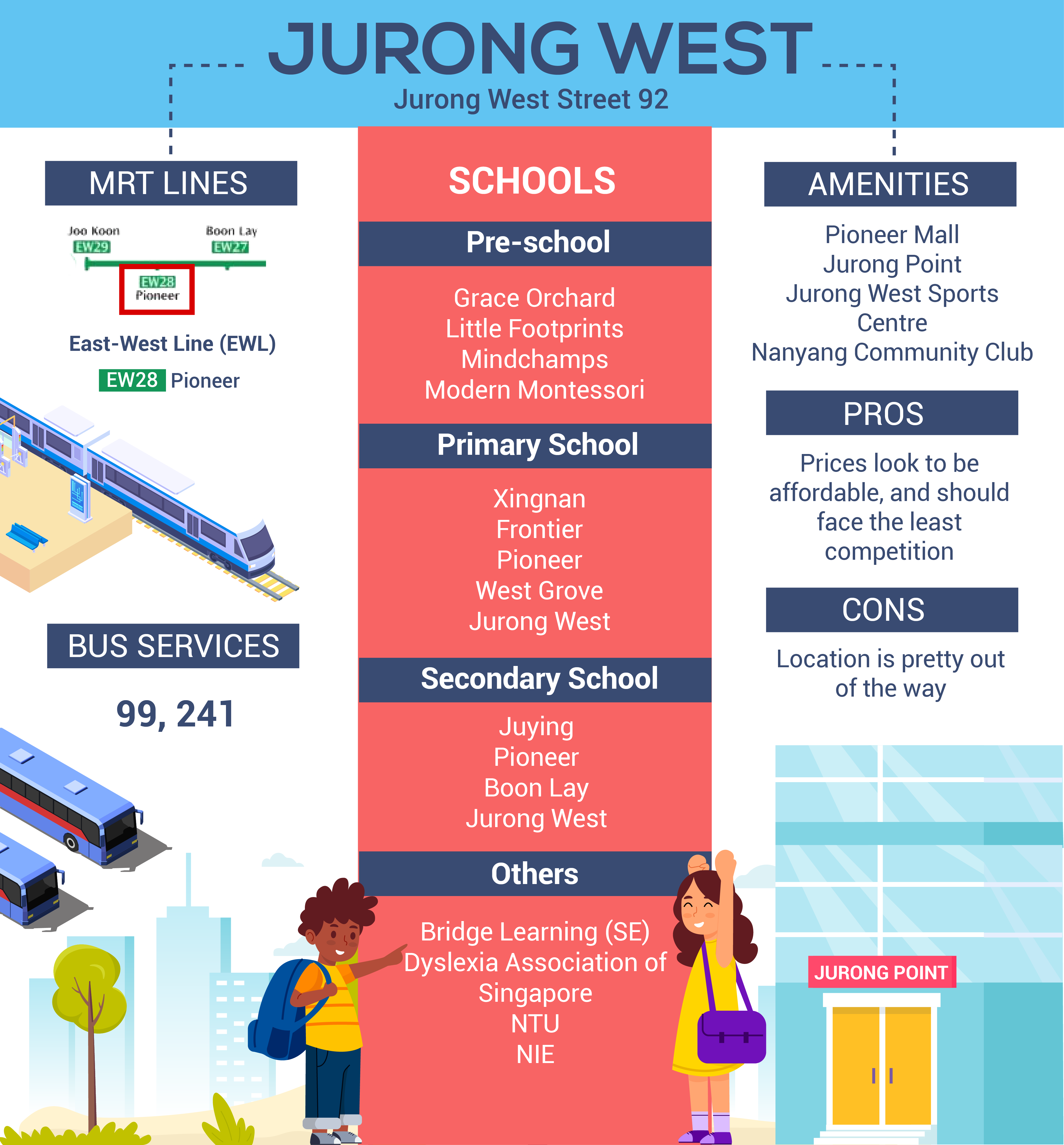 This BTO is about a 12 min walk from Pioneer MRT, maybe 10 if you cut through some blocks.

There are also a couple of bus services that will take you to the MRT if you don’t feel like walking.

For people with vehicles, you’re in close proximity to PIE & AYE entrances to connect you, but just keep in mind that you’re starting from one end, so it’ll still take some time.

This BTO will be along Jurong West St. 92, which doesn’t really mean anything.

What you need to take note of is that it’ll be beside a Chinese temple.

So just be a bit aware that it may get noisy during festive/auspicious dates.

Generally, the amenities at Jurong West are sufficient for basic living, but isn’t flashy, like there’s not much to come back to. It’s basically the opposite of Mr Coconut.

For shopping purposes, there is Pioneer Mall and Gek Poh Shopping Centre. This includes grocery shopping, clinics and stores to buy household products. But if you’re looking for an actual mall, the ones where some boomers were complaining about a few weeks back, there’s Jurong Point at Boon Lay.

If you're looking to keep an active lifestyle, Jurong West Sports Centre is right down the street. Alternatively, Nanyang Community Club is also just right around the corner for other forms of exercise.

Healthcare wise, there is Pioneer Polyclinic that'll be the go-to option. There seems to be an upcoming healthcare facility opposite this BTO too. 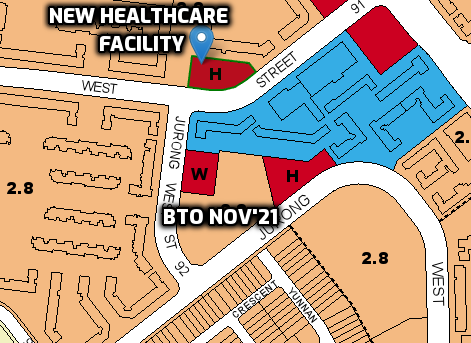 Currently, it is unknown what kind of healthcare facility it'll turn out to be.

Overall, there are numerous schooling options (in the infographic) in Jurong West that cover all levels of education.

Side note; I didn't include Juying Primary because it's set to merge with Pioneer Primary in 2022, then temporarily relocate to Tengah in 2025..
It's a bit confusing but Juying Pri basically won't be an option anymore.

There doesn’t seem to be any upcoming new schools, which is honestly a first for me.

However, it’s probably because a large chunk of the Pioneer area is being allocated for other purposes, such as SAFTI, NTU and NIE.

Here’s what I think the BTO lifespan for the Jurong West BTO will look like. 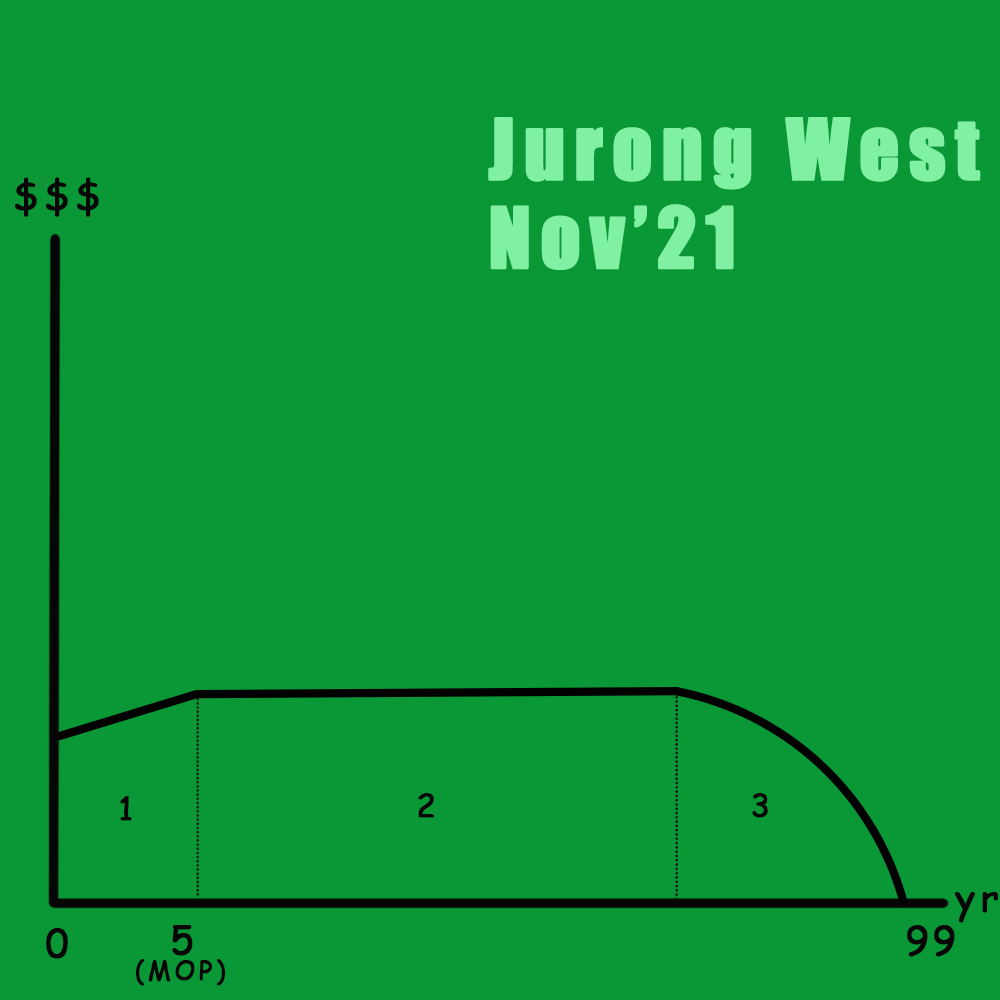 Don’t expect too much of a rise at MOP. Other BTOs may get that 200% increase, but it’s unlikely to be the same for this BTO.

You should take note of #2 though.

While I don’t think there’s going to be a surge in demand, I still think there’s a “consumer base” for units of this Jurong West BTO, hence why the price can sustain over many years.

We’ve established that the location isn’t that central, but you could use this to your advantage 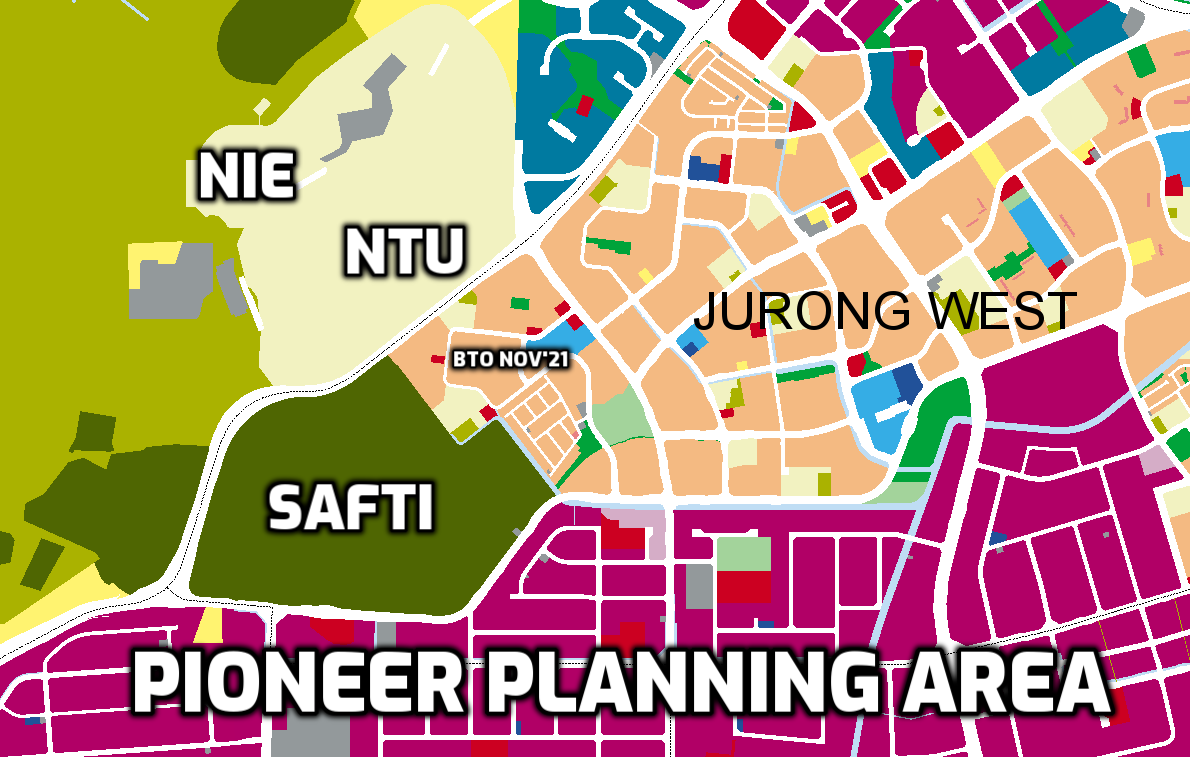 The Pioneer area is home to many work environments that may be inconvenient to the employees, solely because Pioneer is so out of the way. This allows the housing flats in the area to serve as a means of accomodation to people who work in this area because they require the convenience, hence keeping a steady flow of demand.

Some examples I can think of are teaching staff at NIE/NTU or enciks who may want a nearer house after booking out, and people who work at the Pioneer Planning Area.

Tl;dr - Not alot to go for in this BTO. This is a prime example of BTO for housing, and not for flipping and hope for profit. Despite it's location, this BTO has readily-available amenities for daily liiving. I expect to see younger and older couples who are looking for more affordable housing options to bid on this BTO.