BTO Guide for Bukit Merah May'21 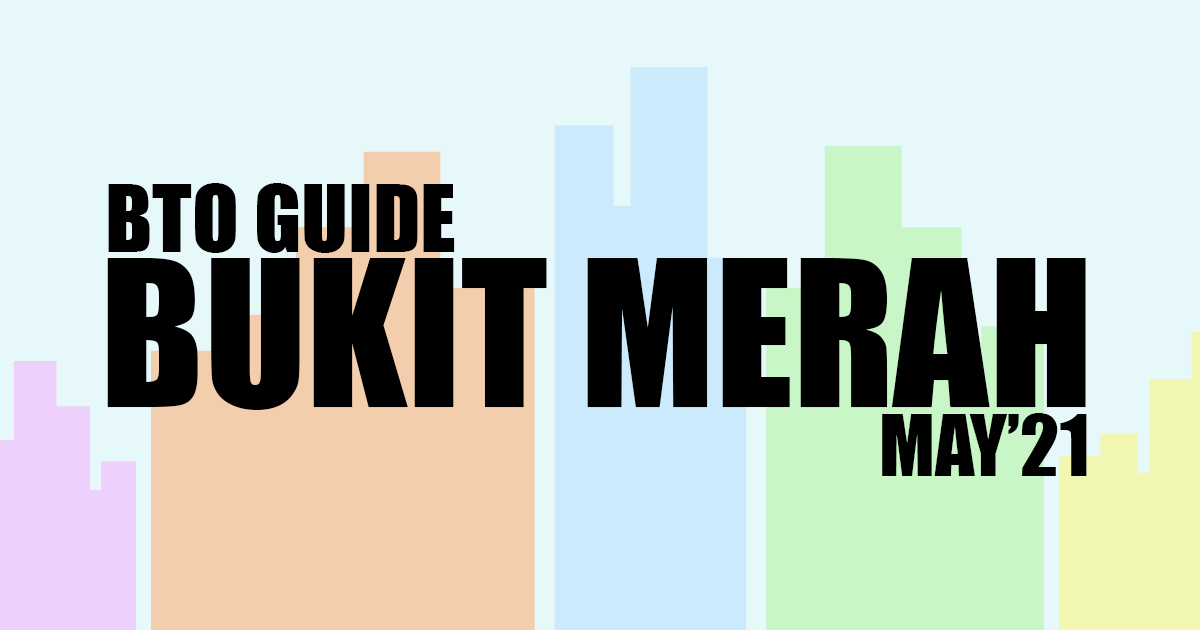 BTO season is back.

As usual, if you need a reference for the Bukit Merah site map, I got you.

Undecided if the Bukit Merah BTO is for you? 🔽

Most people have heard the origins of Bukit Merah, and how it got its name.

Despite it’s grim beginnings, from the story of Hang Nadim saving Temasek in the 1300s, allowing it to blossom into Singapore, to the lateritic soil found in this fertile land in the 1900s, to the gateway of the future in the Greater Southern Waterfront (GSW) set in 2030s, one thing seems to be certain ...

The area of Bukit Merah is always set to prosper.

I’m also doing this new thing where I try to predict what this BTO will be called, and we’ll see if I’m anywhere remotely close
(waiting for HDB’s reply on royalty fees if I’m right).

What I think it’ll be called: South Hill @ Bukit Merah or something lame like that
What I want it to be called: Bukit Tulang Merah/ Bukit Residences @ Bukit Merah
What it’s actually called: Telok Blangah Beacon

Unfortunately, there are only 170 units available for this sale.

Fun fact, this has been the lowest number for a standard BTO in the past 6 years, with the last one being Teck Whye Vista in 2015 with 126 units.

ParcView is just slightly north of this BTO sale, thus I foresee prices for this sale to just be a little bit higher because it’s closer to Telok Blangah MRT, and is in a less ulu location.

This block of units is situated to be along Telok Blangah Drive.

There doesn’t seem to be too much traffic along that road during peak hours, which means lower-floor units facing the road won’t be facing too much noise issues, except for one-off occasions when a jerk driver revs to show-off.

Furthermore, phase 6 of the Circle Line is set to be completed in 2026, which will be around the same time as the BTO is completed, if not just slightly after.

Honestly, the location of this sale is the impressive and imperative factor to the convenience and accessibility to anywhere else if you have a vehicle, with town just being a 15 minute drive away.

There is an abundance of amenities for this BTO that I didn’t even have trouble researching for this aspect.

To keep it simple and concise, I’ll just expand on 2 specific places, and consolidate the rest if you fall under those personalities.

If you like the greenery, nature, being outdoors, there are a handful of parks around.

If you like leisure activities, there’s a SAFRA branch nearby that includes a swimming pool, badminton courts, bowling alleys and a karaoke room (sigh can’t wait for KTVs to open …..). There’s also Telok Blangah & Radin Mas Community Club that have badminton courts but that’s bout it.

If you’re one to pray really hard that you’re not one of the 25% that has to return to working in the office, you’ll be glad to know that this BTO has plentiful places of worship in its vicinity.

There are 4 Taoist temples and 3 churches in walking distance. There is also a mosque and an Hindu temple that’s less than a 5 minute drive away.

A pretty cool fact I found is that one of the temples, Koon Seng Ting temple, is a sanctuary that only serves women because it was built with the intent to protect women.

Aside from the tons of schools already listed in the infographic, there are plans to build another one.

According to the URA, this will be right across Pasir Panjang MRT Station, which means it’ll just be 2 stops away from this BTO.

Alternatively, it’ll just be a 8 min drive if you wanna pamper your child. 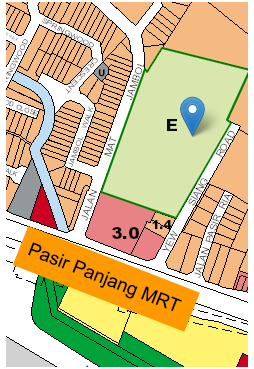 As of now, it’s still just an empty plot of land, so we have no tentative deadline, nor any idea of what kind of school it’ll be.

Secondly, obligatory disclaimer, everything written below is completely my own opinion. I have no real estate/investment qualifications, but I’ll be using the most big brain tool of all - Logic.

Again, I'm not telling you to sell your house.

I'm just sharing some info with you because I think it's your right to know about this before really bidding for a location
(just in case a Karen wants to find me in 5 years time.)

The core concept at play here is the Minimum Occupation Period (MOP).

Simply put, when you buy and move into a house, you need to stay for at least 5 years before you can sell it. This one Gahmen say one, not me.

Past readers may know my unquestioning love for Tengah.

As I said in the introduction, I personally believe that Bukit Merah will prosper.

Here’s what I think the general price lifespan will look like for this BTO. 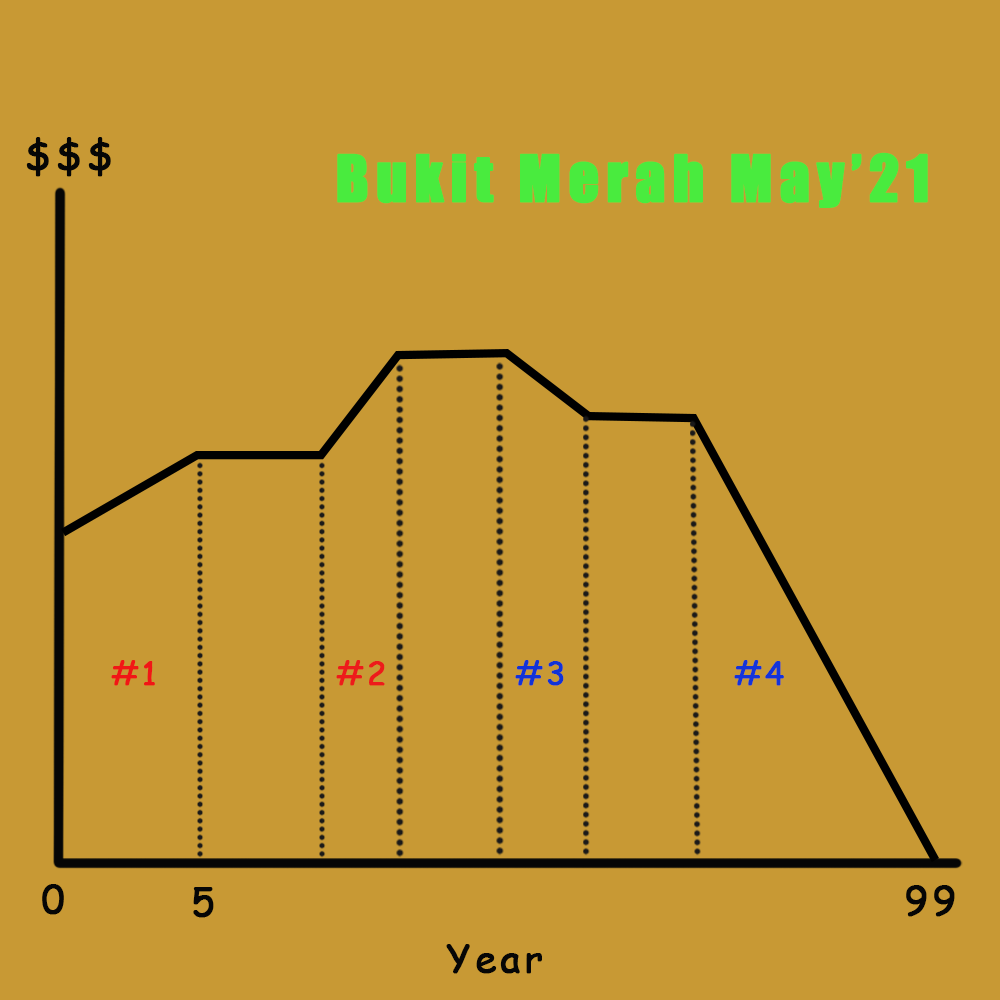 (Using the predicted value from the price section of a 4-rm bottom unit. Top-floor units can expect higher growth)

Ok, I know this looks like one of those figures your P6 math teacher would ask you to find the surface area of, but hear me out.

Just to get it out of the way, #4 is a dip for ALL HDB units because of the declining value that comes with the 99-year lease. I only brought it up for this graph because I know some people will panic when they see the biggest dip and are looking for an explanation.

Having said that, let’s understand this graph.

#1: The first rise is pretty simple. All HDB units will naturally appreciate in value because it starts below market prices. What’s different for every BTO though, is how high they will appreciate.

For this BTO, I think it will rise to quite high simply because of the sheer amenities you have in the area, and the accessibility to central areas. The only “far” place you’ll be from, is the North, but who in their right mind even wants to go to Yishun right? (ha .. ha .. I stay at yishun btw)

But the question now is, what’s the value of ‘quite high’?

Unfortunately, the closest comparison of ParcView won’t work here because it will only reach it’s MOP in 2023, so we can’t exactly use it as a reference to find out what’s the market price for these properties.

Fortunately though, there is a listing of a unit that has gotten approval for an early MOP, that gives us a preview of its trajectory. 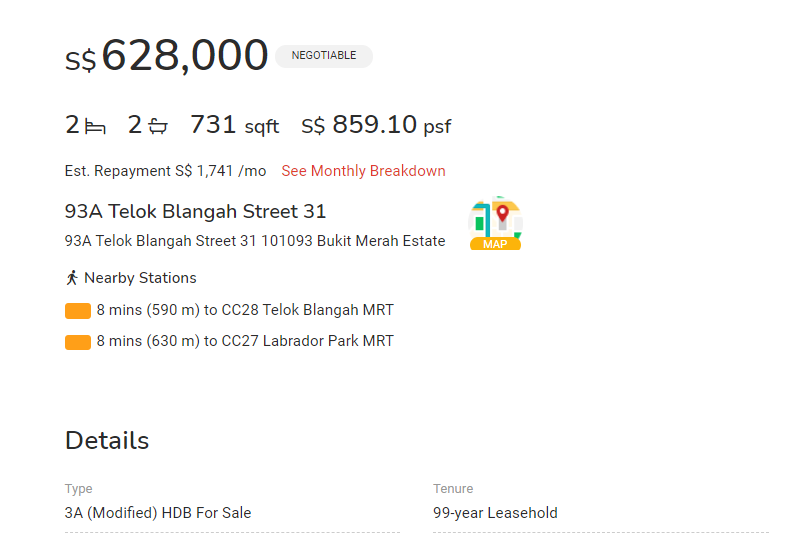 This listing features a 3-room flat that was bought at around $330k, and is now selling at $628k. Mind you, that’s for a 3-room that’s fetching almost double the price after only 3 years, which is absolutely mental.

But of course, the best and truest indicator would be waiting for about 2 years, and see how much ParcView residents are selling their units for when MOP is reached in 2023.

I expect the second jump in price to come when the GSW BTO starts to open, and people who failed in getting a decent queue ticket would look to buying resale flats in the area.

And hey, guess who has a unit that’s considered a resale flat in the area?

For the uninitiated, what is this Greater Southern Waterfront, or GSW, that I keep mentioning?

Essentially, it’s going to be a long-term project to transform the land of existing places into features of a new town.

PM Lee listed a few things, the relocation of terminals, the overhaul of Keppel Club to construct a new residential area, the redevelopment of power stations to new nightlife spots, expanding Sentosa etc.

All I see is that he listed a few ways to increase the value of your house.

Literally, why give 35 seconds to Dom when we have a 5 minute video of our PM explaining to people, “Hey, if you stay here, you’re gonna be pretty rich if you sell your house in about 20+ years time”.

Not only will there be an abundance of even more, and even newer, amenities, but since the entire area is getting a makeover and an uplift, thevalue of your /sqft is also going to lifted up.

It’s hard to predict exactly when/which years this will take place (hence why I didn’t put the year in the graph), but my guess is that it’ll be sometime in the next 10-15 years.

In an interview with CNA93.8, Minister Lawrence Wong did mention that plans are currently scheduled to begin with Keppel Club and turning it into a residential site.

#3: There’ll be a small decline after the potential meteoric rise simply because once the GWS has “settled down”, this BTO has a 10-20 year seniority on the newer HDB units. In the housing industry, that’s a huge no-no.

Like any other things, people prefer new objects (except wine I guess?).

While prices will drop slightly after the GSW has been established, I do think prices will still remain relatively high, because there isn’t any reason for it to take a sharp dive.

It’ll still be in a prime location, you can see different amenities from each window in your apartment, still accessible to town, near recreational and nightlife spots. You’re sort of staying at what Clarke Quay is now. It just won’t match up to the GSW BTO flats.

Tl;dr. Dude/Dudettes, there’s a reason why in episode 3 of Hows 2 House, I made a bold prediction that the subscription rate was gonna be >14.2. Prices are going to soar for these units even without the GSW. The GSW is just ensuring you get that year-end bonus kinda thing. Also probably why only 170 units are offered, if not we’ll probably see a sharp increase in the number of millionaires in Singapore.