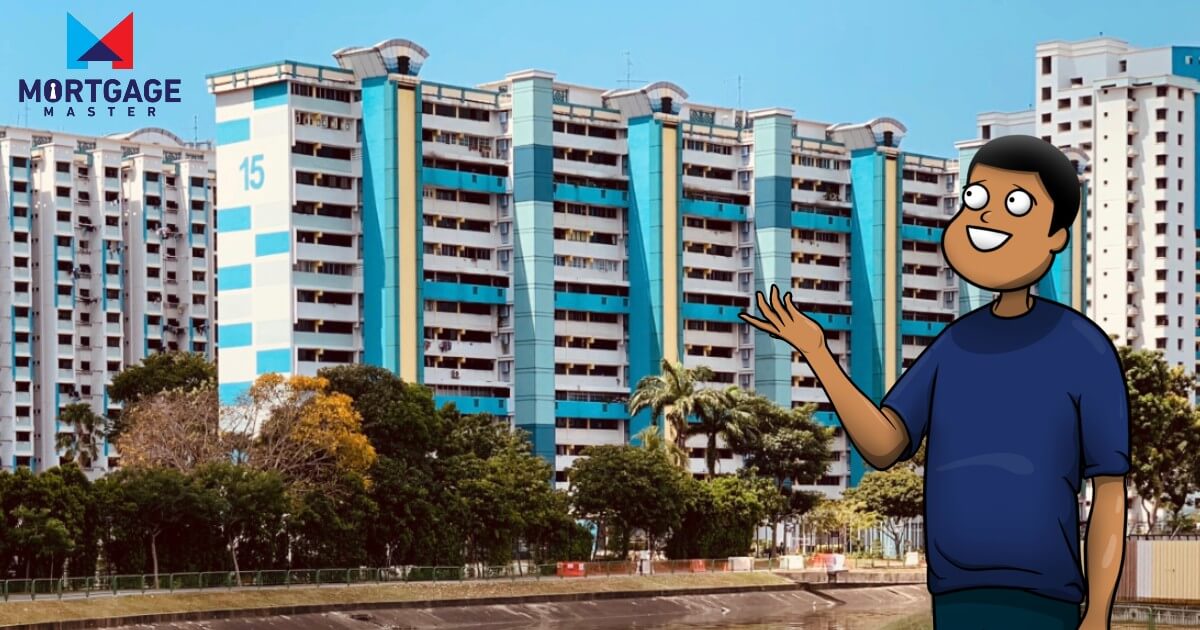 Since Singapore’s independence, home ownership has been a cornerstone of national policy. Public housing, driven by Housing and Development Board or HDB, will help Singaporeans build up assets to ensure quality of life after retirement. It also enforces the societal status quo through multiple policies, such as the Ethnic Integration Policy. (That particular government policy is a debate for another time, of course!)

Despite a slight shrink in resident population, over 3 million people live in HDB flats. That's a significant majority of Singapore residents. The availability and cost of public housing, and by extension the government policies that control them, will affect the long-term decisions of many Singaporeans.

Will Singaporeans Be Priced Out Of BTOs In Prime Areas?

Nowadays, all BTO prices are tied to the market price of resale flats in the vicinity. That’s why BTOs in mature estates like Tampines, Clementi and Queenstown are much more expensive than those in non-mature estates. At Pinnacle@Duxton, units have been selling for over $1 million, the government is expected to intervene to reduce the so-called "lottery effect" of BTOs.

The term "lottery effect" refers to how homebuyers in Singapore can become future millionaires simply by winning the ballot for a BTO unit in a prime area.

With upcoming BTOs in the prime areas of Queenstown and the Greater Southern Waterfront, many are now wondering whether BTOs can still remain affordable for average Singaporeans and fulfil its role in the Singapore society. Will we end up like Hong Kong where estates are stratified by wealth, with those who can afford it living in mature estates while those who can’t living in non-mature estates?

4 Government Policies That Will Change BTOs In Prime Areas

To avoid that kind of situation, the government is considering various new policies for future BTOs in prime locations. Here are some of them and how they might change the HDB landscape in the future.

All BTOs in Singapore come with a 99-year leasehold. At the end of the 99 years, the land will be returned back to the government for repurposing. To keep prices of BTOs in prime areas more affordable, one way is to shorten the flat lease. The shorter lease will translate to lower prices, as we've seen in the case of 2-room flexi flats.

Considering that current practice is to ensure that you have a roof over your head till you are 90 years old, there is a possibility of taking 20-25 years away from the flat lease for BTOs.

Impact on Prices: Reduce price of BTOs in prime areas by around 20-25%.

Likelihood: Possible, but there might be backlash from the public because of the shorter lease, especially with the uncertainty around Voluntary Enbloc Redevelopment Scheme (VERS).

The overall quantum of BTOs is a function of the area, leasehold as well as the flat size. So, if we were to reduce the flat size, we can technically reduce the cost of ownership for a BTO. Over the years, the size of BTOs have already been downsized. Simply compare the BTOs to older resale flats and you will know what we mean.

One challenge for the government will be to justify making BTO flat sizes even smaller than they already are. Can a BTO unit really be considered "more affordable" if there is no change in the price per square foot? The other challenge is that, if the government wants to encourage childbearing, then families will definitely need more space for their kids. A smaller flat size will make couples think twice about whether there’s enough space for a family.

Likelihood: Unlikely as the size of BTOs are now quite optimized

A long minimum occupation period (MOP) is one of the ideas that is being debated in Parliament as part of Budget 2021. For the uninitiated, MOP is the minimum period where you need to physically occupy your flat before you can rent (whole unit) or sell your home. And if you are thinking of buying a second property, you will also need to fulfil your MOP. At the moment, the MOP is 5 years.

Increasing the MOP of flats in prime areas (to 10 years for example) will discourage "lottery effect" hopefuls from balloting. After all, the longer your MOP, the more opportunity cost you are incurring as your hands are “tied” for the next 10 years until your MOP is reached. And trust us, 10 years is a very long time for a significant amount of your money to be tied up in a single investment.

Fortunately, this increase in opportunity cost should result in a lower demand for BTOs in prime locations and therefore allow prices to remain low.

Impact on Prices: BTO prices will be significantly lower than the resale market without any adjustment to the lease or flat size

Likelihood: Highly likely as it makes the BTO in prime areas fairer and reduces the lottery effect.

One of the beauty about home ownership is the flexibility to rent out your flat (or room) to tenants to supplement your income. For BTOs in prime areas like Queenstown or the Greater Southern Waterfront, they can be highly desirable as a rental home. This can lead to landlord wannabes who will apply for BTOs in these areas to get hold of a more affordable HDB (compared to condos) in prime areas.

Thus, one suggestion that has been mooted is to restrict the rental/subletting of rooms for BTOs in these prime areas. This will offset the location advantage for these BTOs and potentially reduce the tendency for speculators to apply for these BTOs.

Homeownership Is Not Just About External Factors

While external factors like government policies and market condition can impact home prices, let’s not be too carried away about them. Instead, you should be focusing on your personal finance and making sure that you are prudent in your finances while choosing your next home, regardless of the future value of the home. And we think that the new government policies are ways that the government is encouraging you to be more prudent, an underrated virtue when it comes to property ownership/investing.

Another way of being prudent is to take care of the hidden cost of property buying, i.e. paying unnecessary interest payments on your home loan. But luckily, Mortgage Master is here to help.