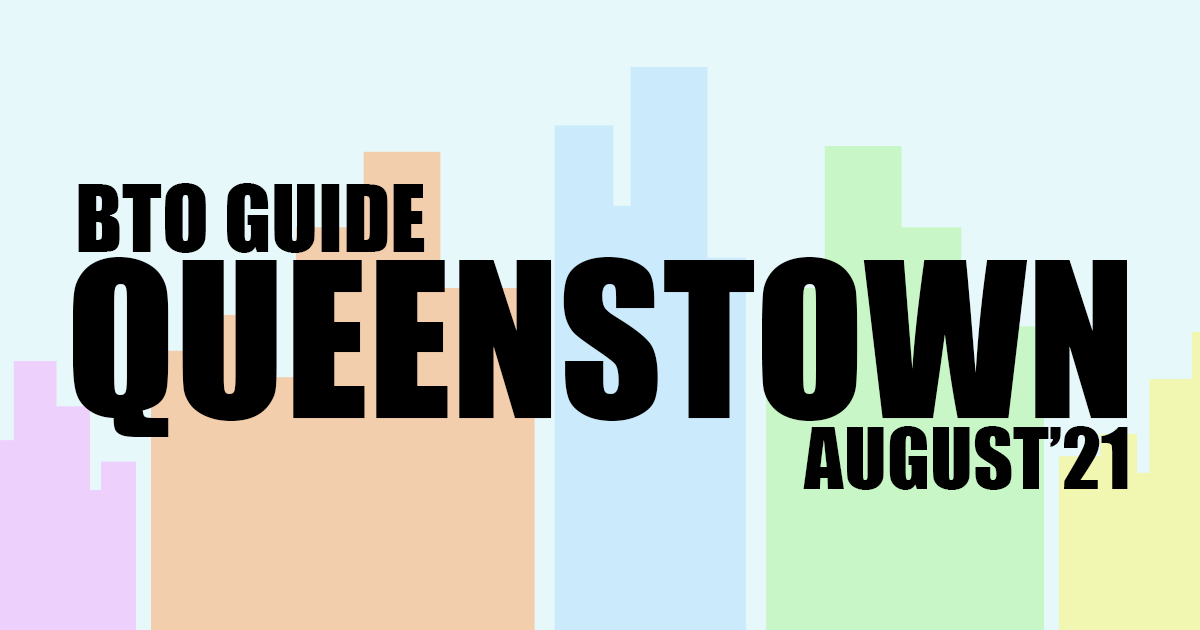 As usual, if you need a reference for the Queenstown site map, I got you.

Queenstown August’21
Units Available
Prices
Street
Transport
Amenities
Places of Worship
Education
How much can you earn if you sell this BTO?

Contrary to popular belief, Queenstown actually isn’t the first town in Singapore to have public housing. That distinction belongs to Tiong Bahru.

However, Queenstown IS the first actual ‘neighbourhood’ town where an actual housing development plan was executed, all the way back in 1956.

And it is quite surreal that we’re looking at an upcoming BTO sale in 2021, a full 65 years later.

So yes, there will be some blocks in the area that are double your age, but fret not, this is arguably the hottest option next to the Kovan lot, so get ready for your coronation in a few years (even though Singapore’s been a coroNA-TION since 2020 HA HA .. sigh)

Ky-stradamus’s BTO Name Prediction
What I think it’ll be called: Alexandra’s Court, Queen’s Court/Village, Anchorpoint Vale or something lame like that
What I want it to be called: Queen’s Town (THE NAME WRITES ITSELF!!!)
What it’s actually called: Queen's Arc

This upcoming sale has 610 available units.

For this lot, 3-rm and 4-rm units are available.

Yeah, the prices are slightly skewed up because Queenstown is a mature estate, plus you’ll be relatively near every valuable amenity.

This block of units is situated to be along Queensway and an upcoming unnamed road. 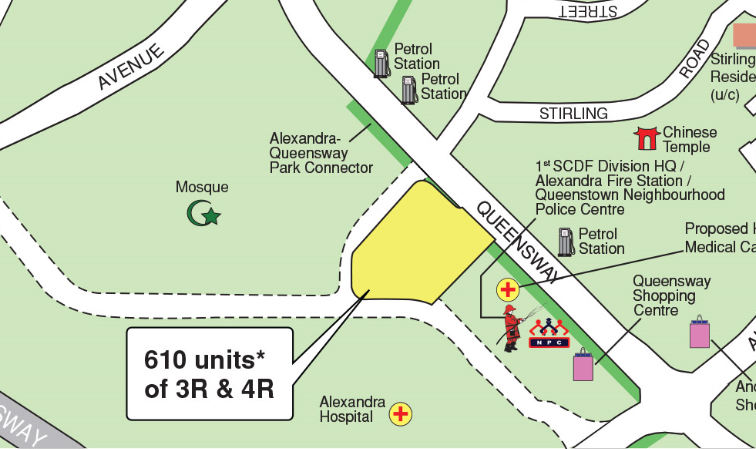 Traffic doesn’t look to be too bad, especially after the new roads are built to ease congestion at the main traffic junction.

Traffic aside, I’m not sure how living next to a fire station will be like.

Are their sirens loud enough that it’ll disturb you?
Are they frequent?
WHO KNOWS because who even lives right next to a fire station??

Good thing is that if there’s ever a PMD that causes a fire, response will be pretty quick.

I would say touch wood, but wood is flammable.

The transport situation in Queenstown is as questionable as safety ambasaddors being able to enter your house without a warrant.

Queenstown MRT Station is the closest train station, and it's about a 15mins walk away. While you may consider taking a bus, the odd thing is that none of the present bus services that's at your convenience leads to Queenstown MRT. Most of them lead to Commonwealth MRT Station, which may be better if you're planning to go towards the Buona direction anyway.

Speaking of buses, there’s a bus stop at your doorstep that has 12 different services, some of which goes to Woodlands, Yishun and Bedok.

Those with vehicles will also be glad to hear that you have close access to the AYE and CTE, and ultimately it’s just a 10 min drive to the Town area.

This BTO lot will be in the heart of the amenities in Queensway.

You’ll be in walking distance to almost all the major hotspots, but distant enough that you’ll avoid the bustling and teemingness of it.

There are quite a few amenities I’ll be covering here so let’s separate them into categories.

On the verge of closing a couple of years ago, the sale eventually fell through and it was decided that it would continue operating. The owners seem to still be rejoicing as this news is still up on their website 2 years later. 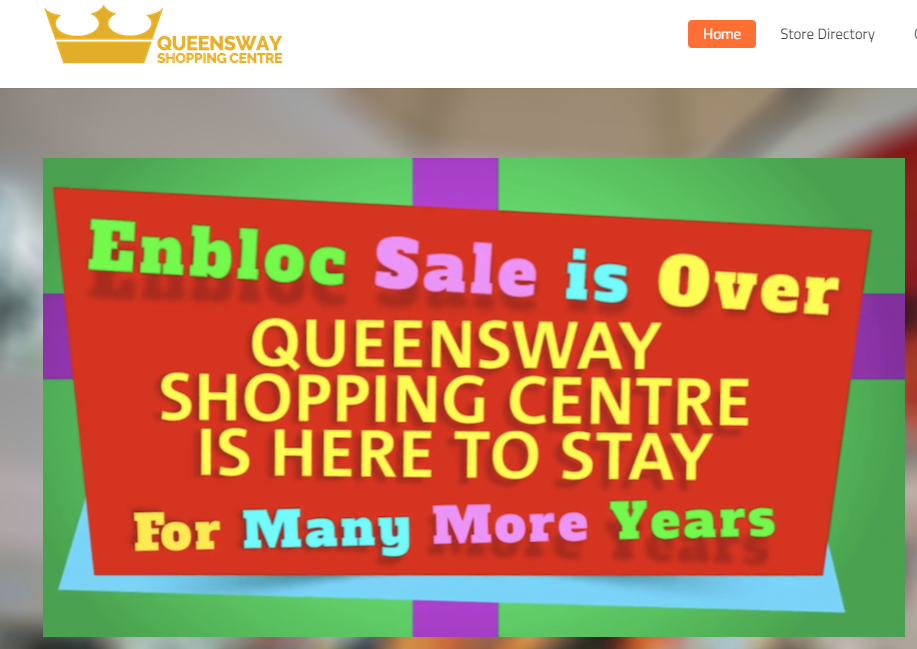 And rightfully deserved so.

Queensway Shopping Centre holds many memories for Gen Zs because it was the go-to place for making class T-shirts, buying authentic sports apparel at a discounted price, and finishing off the day with a hearty bowl of Katong laksa.

Next, there are other shopping malls in the area such as Alexandra Central Mall and Anchorpoint Shopping Centre. While their websites are currently in development, these malls shift away from the sports and fabric niche and are more family/heartland -orientated malls.

This means that the stores you’ll be able to find in them are usually grocers, eateries and boutique retail stores. This is a good alternative if you don’t wish to travel to town for shopping because Anchorpoint has factory outlets (which means discounts), and Alexandra Central is a good place to chill while you’re waiting for your kid to finish tuition.

Lastly, the last piece in this retail quadrant is the Alexandra outlet of IKEA.
I don’t think there’s much to explain about this because everybody knows about IKEA, it’s where you go for furniture and to get a degree in self-assembly.

Just a shout out to their $1 hotdogs and 50cents ice cream, keep doing what you’re doing.

If you’re ever in need of a hospital, well fret not, just walk 3 mins and Alexandra Hospital is right behind you, which gives you more reason not to spend an additional $30 for the ambulance ride.

General surgeries, specialised treatments, A&E, they’ve got it all.

Andddd, you may be glad to know that they’re planning on expanding. The proposed healthcare next to this BTO lot will be the additional campus for Alexandra Hospital as part of their expansion and redesign, and is set to open by 2030. 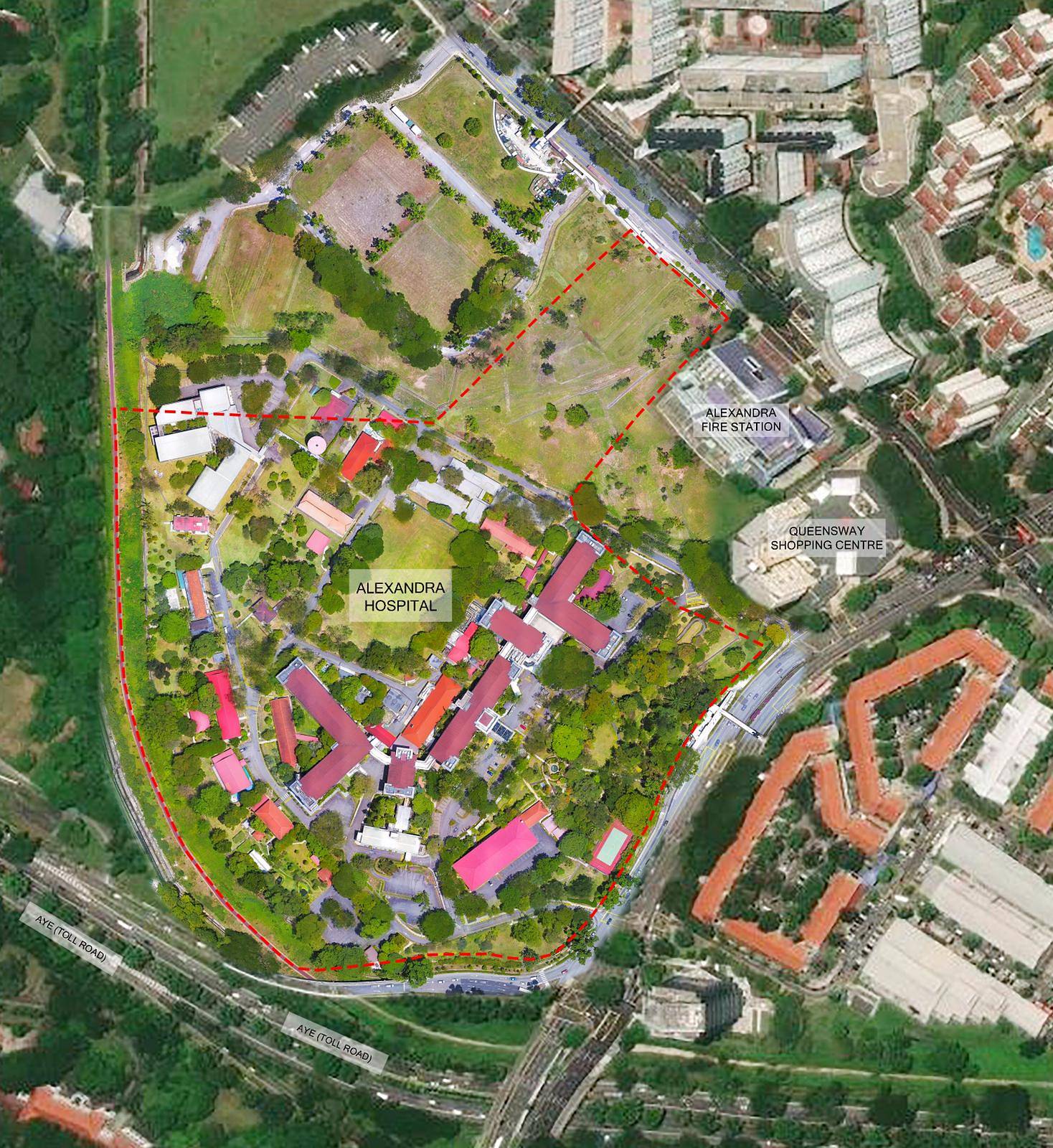 So do expect construction to still be going on when you move in for the first few years.

You’ll also be in walking distance to a couple of well-known eating places, primarily Alexandra Food Village and ABC Brickworks.

Personally, there are a few stalls written down on my wishlist that I’ve yet to try, but I’ll definitely be there one day because they’re apparently food-king good.

If you need somewhere to pray in hopes that your BTO becomes a $1mil HDB unit, this Queenstown BTO launch has about 1 Chinese temple, 2 churches, 1 Hindu temple, 1 mosque in the area.

The closest Sikh temple I could find was one in front of Singapore General Hospital, so you’d have to travel to Outram Park.

This BTO is honestly the first guide that I had trouble trying to find if there were any upcoming schools.

It’s mostly due to the fact that prime areas don’t exactly have the free space to build schools (cause priority would be houses/amenities anw), and that Queenstown ALREADY has a few schooling options.

I did manage to find one that’s a bit further north, and I had to do a weird zoom to take a screenshot, which explains why the quality of the image is abit 🥴 compared to the other guides. 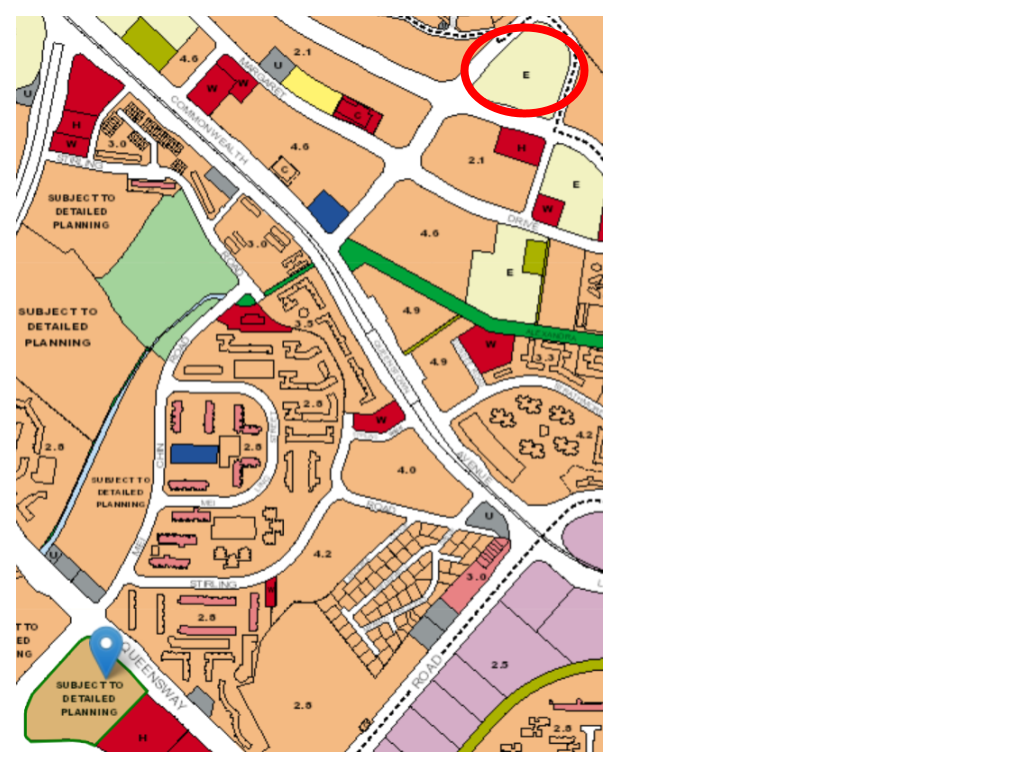 According to the URA Master Plan, this new upcoming compound seems to be a school catered more towards the residents at the Tanglin area. Since there’s already a pre-school and a primary school there, I’m willing to bet $5 that it’s gonna be a secondary school.

When it comes to Queenstown, c’mon la, I’ve already hyped it up so much, how will it not have a prospective future?

Here’s what I think the BTO lifespan for the Queenstown BTO will look like. 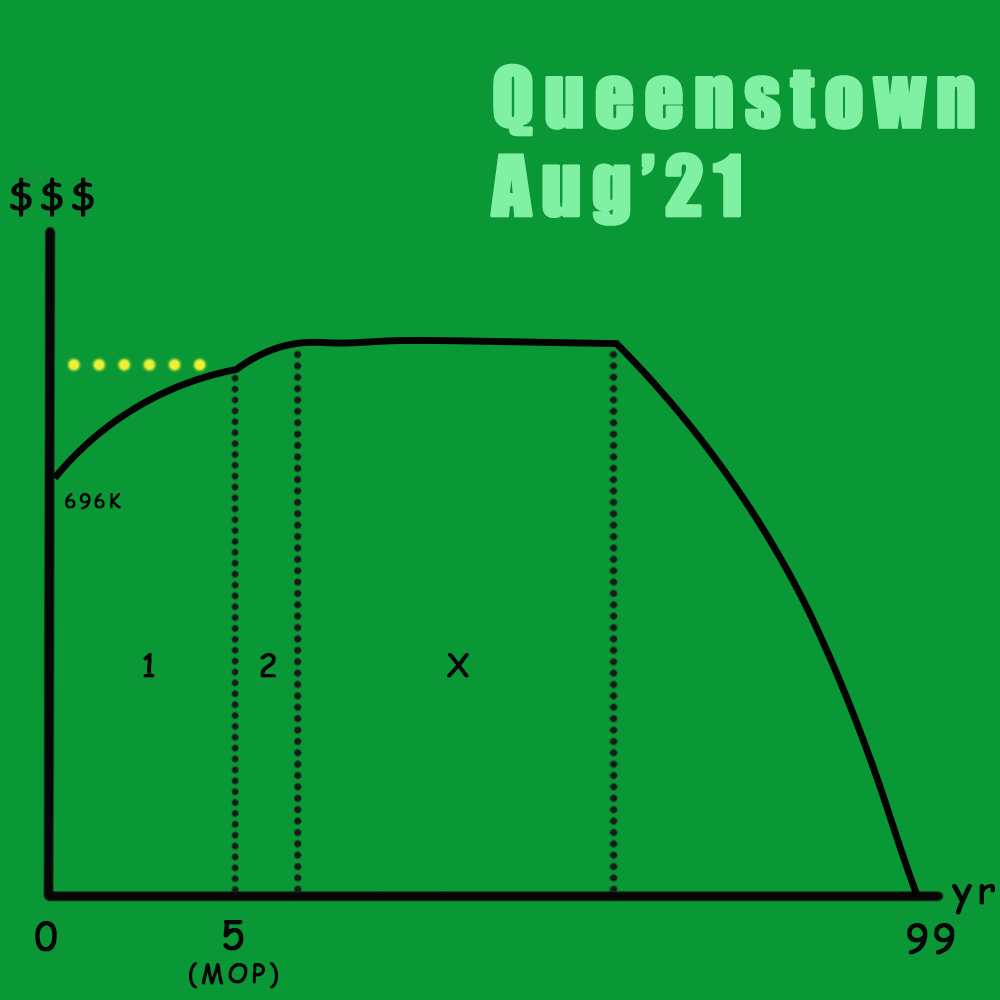 Typically for units in a prime area, the BTO lifespans may look more stagnant because they usually won’t have any new developments in the area (since it’s already so developed), unless there are plans to expand a mall or have the present MRT station become an interchange … these sorts of things.

This is why their prices usually tend to start high and stay high (ow, ow), but relatively stagnant.

For the Queenstown BTO, it’s no different.

The first rise in #1 is common in all BTOs.
Since it’s subsidized public housing, it starts below market price, and slowly gravitates towards the market value after 5 years, the period in which you can sell it.

I foresee a small bump in #2 because you’ll be near One-North Business Park.

You know the place with all the -polis?
The biopolis, fusionopolis, neighbourhoodpolis etc. 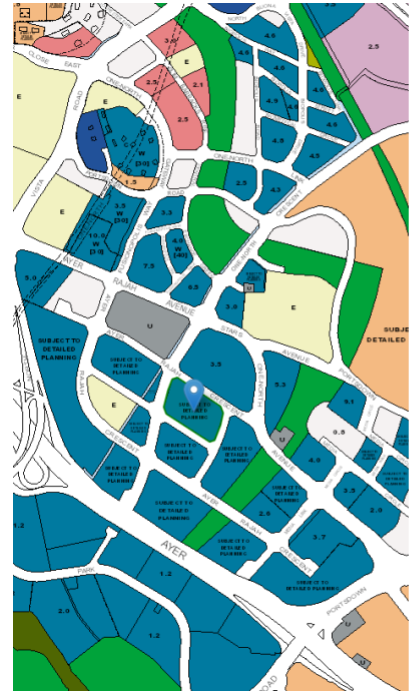 With the likes of Shopee, Dyson and Johnson&Johnson already in the area, this looks to be a top contender for companies who are looking to open a branch in Singapore.

What this means for you is that with a cluster of companies, especially in the South-West region of Singapore, employees who stay further away may look for a unit in the area that is closer to their workplace, hence leading to more potential demand for a unit like this BTO.

The area in the X remains stagnant for now because according to the URA, and the fact that Queenstown is already a mature estate, there doesn't seem to be any major upcoming changes that will affect the prices of the property.

Yes, it's likely for it to remain relatively high, but there aren't any plans to make it go higher. Unless Queenstown MRT becomes an interchange, or there's some kind of new amenity/upgrade, you can pretty much expect what you're gonna get.

Tl;dr - Relatively family-centric BTO in a mature estate. Expect prices to be high (both buying and selling). Tons of amenities at your disposal with all the malls, road connectivity, and potential workplaces. Queenstown doesn't have the same old feeling to it as compared to other towns, which may be advantageous for you if you decide to sell it in the future. This BTO will probably be catered towards more with an investment eye, and second-timers who are looking for a good ROI, so all the best to everyone.