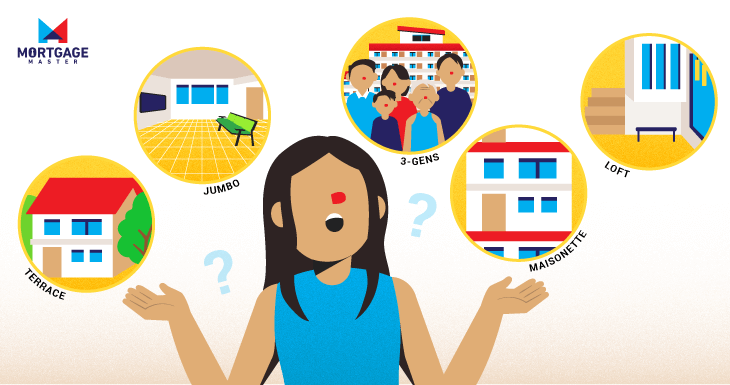 There are more than a million HDB flats in Singapore. Among these, more than 500 have been able to command a whopping price of at least $1m since 2012. Most recently, a 5-room HDB flat was sold for a record public housing price of $1.36m.

If you are on the lookout for the next million dollar HDB flat, here are some of the unique and rare HDB flat types that can potentially make you a millionaire. On paper, at least.

Fancy living in a landed space with your “own backyard” but without the price of a landed property? That’s the kind of best-of-both-worlds option that the HDB terrace houses offer. This is also exactly the same flat type that was sold earlier this year for a then-public housing record of $1.268m.

What is a HDB Terrace House? 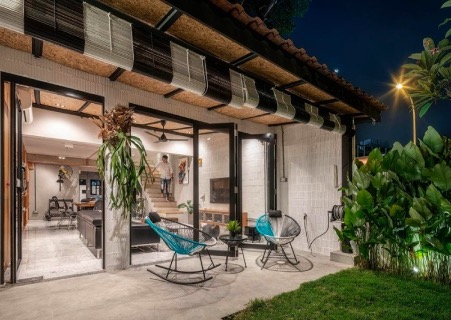 These HDB terrace houses look just like any landed property on the outside, except that it comes with its own block number. The other notable difference is that you don’t have your own parking lot, unlike most landed private housing. Also, on paper, landed properties generally have freehold or 999-year leasehold. But for HDB terrace houses, they have only a 99-year leasehold, just like any HDB flat.

Why Do HDB Terrace Houses Have Million Dollar Potential?

Space is definitely one of the biggest draws of HDB terrace houses. They don’t just look like your landed property, but they also come with a generous offering of living space. Yet, they don’t come with the huge price tag of landed properties. 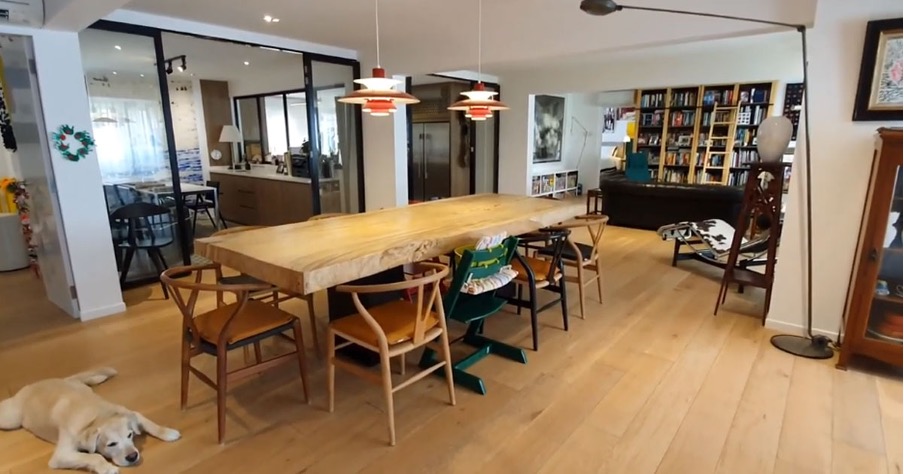 Do you feel that one HDB unit is not big enough for you? If only you could combine two HDB flats to make a giant unit, right? Well, that’s what the jumbo HDB flat is. It is a special type of HDB housing that is formed by merging two 3-room and/or 4-room HDB flats together.

Why Did Jumbo HDB Flats Come Into Existence?

These supersized HDB flats were born in 1989 when HDB realised that there were lots of unsold 3-room and 4-room HDB flats in towns like Woodlands and Yishun, where demand wasn’t as strong back in those days when they were still very new estates.

Since there was no demand for them as standalone units, HDB came up with the brilliant idea to sell a pair of them as a single jumbo unit to make it more appealing.

Today, there are about 2,900 jumbo HDB flats out of more than 1 million HDB flats in Singapore.

Why Do Jumbo HDB Flats Have Million Dollar Potential?

Having a jumbo HDB flat is essentially owning two HDB units. You have the flexibility of how you want to enjoy the additional space that you have.

For example, you can choose to stay together with your extended family in a single jumbo HDB flat. If your family isn’t that big, you also have the option of renting out one of the many bedrooms.

HDB executive maisonettes (EMs), or sometimes colloquially known as mansionette, are very similar to jumbo HDB flats. However, instead of joining it sideways, HDB EMs are stacked one on top of the other. 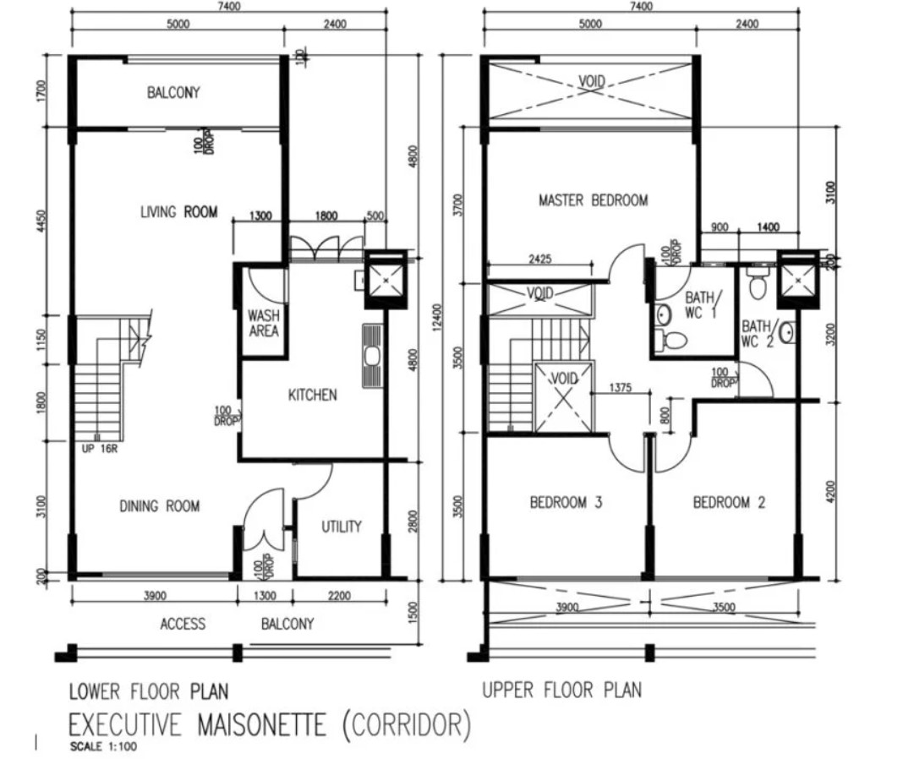 Just imagine having two 3-room HDB units stacked on each other. On average, EMs have sizes of about 1,540 sq ft, which is 1.5 to 2 times the size of a typical HDB flat.

Unlike jumbo HDB flats, HDB EMs are located in much more areas, albeit only in the mature estates. These estates include Ang Mo Kio, Bedok, Bishan, Choa Chu Kang, Bukit Panjang, Queenstown, Hougang, and Sembawang.

Why Do HDB Executive Maisonettes Have Million Dollar Potential?

From a value perspective, HDB EMs provide great value for money. The psf cost is relatively lower compared to smaller HDB units. Thus, if space is something that you value, then HDB EMs are a good choice for a value buy.

The other perk of HDB EMs is that you get to live in a two-storey quasi landed property with a view. Unlike landed properties that are usually low floor buildings, HDB EMs enjoy the view of a high rise building while simultaneously feeling like you are living in a two-storey landed property. Not to mention, the fact that HDB EMs are no longer in production anymore makes them even more valuable.

While the flat types mentioned above are legacy flats that are no longer being produced, 3Gen flats are a new type of HDB housing that was launched only in 2013. 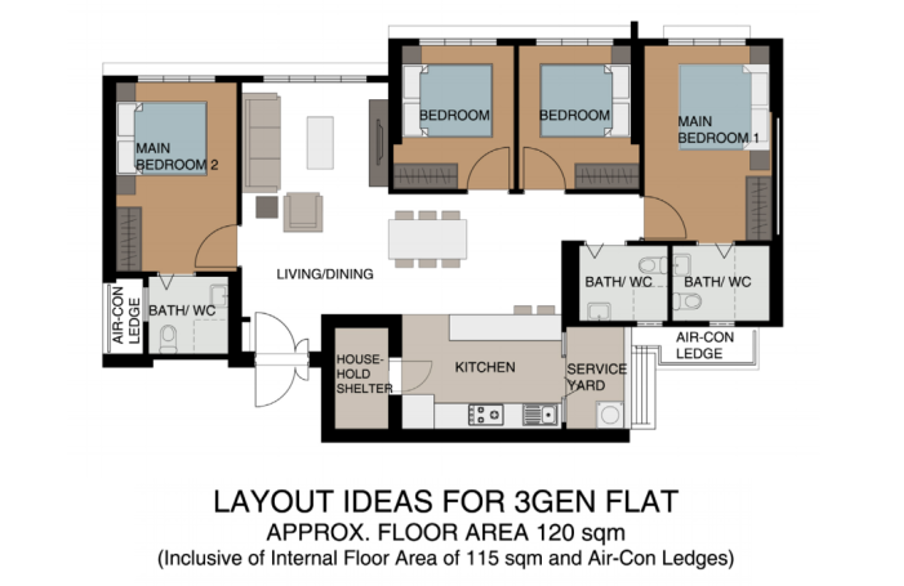 What Are 3Gen Flats?

3Gen flats are HDB flats that were designed to encourage family living. You can think of 3Gen flats as a 4-room flat with an additional master bedroom and bathroom. Common spaces like living room, kitchen and dining area will be shared. In essence, you can have two families living in the same unit, but each with your own personal space.

Why Do 3Gen Flats Have Million Dollar Potential?

3Gen flats are a tad bigger than your typical 4-room HDB flat, though still smaller than legacy housing types like the HDB EMs and executive apartments. The amount of space you can have is something that will delight homebuyers.

Because of its design, 3Gen flats are also ideal for multi-generational living. Rather than paying for two separate HDB units, why not just combine the budget to get one instead and live together?

The other advantage of a 3Gen flat is that it is also great for earning rental income. Since the additional room is purposely designed to have its own space, you can rent it out for rental income without worrying about having your privacy disturbed.

3Gen flats are also in up-and-coming areas where the growth trend of housing prices is stronger compared to the other estates. The possibility of a million dollar HDB in a non-mature estate is something that analysts are expecting, including director of research at Huttons Asia, Lee Sze Teck.

HDB lofts are a rare breed that became prominent only in the last few years. Because of its rarity, they are often snapped up after being put on sale in the market.

What Are HDB Lofts?

HDB lofts refer to HDB units that are perched at the top of HDB blocks. They are almost like penthouse units on HDBs. These loft units have sizes between 3-room to 5-room units and come with an indoor stairs and high ceiling setting. That said, do not confuse these HDB lofts with HDB EMs.

Why Do HDB Lofts Have Have Million Dollar Potential?

Some of the (near) million dollar hdb lofts that were sold include a 2,012 sq ft HDB loft at Sin Ming Avenue, 5-room HDB loft at Punggol Fields and 5-room HDB loft at SkyTerrace @ Dawson. Given its position at the top of the HDB block, HDB lofts enjoy really good views. In a high rise city like Singapore, a good view is something that homebuyers are willing to pay a premium for. The scarce supply also helps to drive up the valuation for HDB lofts. Coincidentally, these highly priced HDB lofts happen to be in a good location with close proximity to the MRT station and amenities.

While you dream about the opportunity of hitting getting the next million dollar HDB flat, we cannot forget that HDB resale prices are now at its highest point. Given the rarity of these limited edition HDB flat types, investing in one won’t come cheap. Thus, if you are planning for one, be sure to get your finances is ready.

Before you start house hunting, make sure to get an in-principle approval so that you have an idea on the budget that you can play around with. Then once you are ready to commit and take on a bank loan for the HDB flat, shop around for the best home loan package to minimise the cost of financing your million dollar home.

At Mortgage Master, we can help you in your homebuying journey by providing you with current and relevant advice. After all, we know the latest home loan packages in the market and sometimes can even offer exclusive interest rate packages that you cannot get directly from the bank. If you're looking to purchase a new property, or refinance your existing home loan, fill up our enquiry form and our mortgage consultants will follow up with a call.